I ought to be more upset about the sausage than about the names.

The sausage was taken away from me in the airport, you see, by the ever-vigilant Customs and Border Control folks, along with a lovely little can of morcilla paté. Husband and I had purchased both in Europe during our last weeks there, planning to eat them for one of the frequent dinners we call “Bread and Things,” meaning a crusty baguette and an assortment of whatever goodies we fish out of the fridge and cabinets: cheese, olives, mussels, serrano ham. But the last few days got away from us, and we decided to try to take the unopened sausage and paté home with us instead. I did a quick check online and found no apparent opposition to such things, and since the sausage was cured and vacuum-packed and the paté was canned, I thought we might have a fighting chance.

Looking over the pale blue customs form, though, I found a checkbox for “I am (we are) bringing fruits, vegetables, food, meats, animal products.” Dammit. But that doesn’t mean it’s impossible to do these things; just that one has to declare them. The odds were that no one would have known about the sausage if I’d kept my mouth shut and checked “no” on the form, but I’ve gotten myself through any number of bureaucratic hassles by smiling brightly and following the rules, so I decided to fall back on the tried and true remedy of being obedient. I checked “yes,” and the first CBC agent said there probably wouldn’t be any problem with the sausage and paté as she waved me on towards the second checkpoint. The guard at the second checkpoint wasn’t so sure, and sent us to a separate area to have the products examined. (Here, not for the last time, I kicked myself for being obedient.)

The CBC agent in charge of determining the fate of our treats looked pinched and sullen and decidedly as though she had never enjoyed a dinner of Bread and Things and didn’t think anyone else should either. She read the paté label. “Asturias. That’s France, right?” “No, ma’am, it’s northern Spain.” She made a half-hearted show of flipping through a folder, deciding whether or not our food was worthy of entry into the U.S., and then she double-checked our passports and turned back to my husband and me with a sudden accusatory interest. “Why did you only fill out one form?” I was puzzled; I knew I’d done at least that part right. “Because they always tell us to fill out only one form per family.” She glared at us, nose wrinkled in distaste, holding up our passports. “But you have different last names.” She then proceeded to have another agent pull everything out of all four of our checked suitcases, even though we had already presented the offending food items.

Seriously? You’re going to mess up my stuff and throw away my tasty paté and sausage because you’re upset that I don’t follow outdated patriarchal American naming conventions? We’re still a family, lady. I bit back several unsavory comments, and reminded myself to be obedient. “I’m sorry, ma’am, I thought those were the instructions. We always fill out one form, since we’re married. Should we fill out two next time, because of the names?” She grumbled an unintelligible answer about how the previous agents should never have let us through with just the one form.

I brushed it off at the time, because it seemed like such a petty and small thing. But it continued to bother me, precisely because it was petty and small – of all things, why get upset about the fact that our names are different? We’ve been married for twelve years, and in all honesty, this is the first time anyone’s cared. But she seemed awfully insulted by the fact that we dared to impersonate a normal married couple when we were clearly some sort of subversive communists, unworthy of enjoying tasty dinners.

To be sure, I’m cranky about the sausage too, and not least because the agent made a big display of dropping it into a container marked “Foreign Trash.” (I made a mental note to use this against my husband the next time we get into an insulting match.) But next time, I’m still only filling out one form, and I’m going to hide a whole bunch of extra sausage in my bag and not declare a damn thing.
Posted by Pilgrim/Heretic at 6:44 PM No comments:

As many of you know, Husband and I - did I ever come up with a pseudonum for Husband? I do not remember, which is a sad indication of how long I’ve neglected this whole blogging business – anyway, we generally spend two months each summer in Husband’s Home Country. This is absolutely wonderful in that it’s a place that I love, with excellent food and museums and culture and friends, and also the archives where I get all my research done.

But it is also trying in that its culture relies on a much higher degree of mutual interaction and obligation than I’m accustomed to. The most relevant element of this is that we are expected to stay the entire time with my in-laws in their 700-square-foot apartment, which is uncomfortable for us and inconvenient for them, but anything else would be a Public Insult on our part and a Grave Failure of Generosity on theirs. I’m not well prepared for this – as a little kid I rattled around alone in a big house with my parents, since my older siblings were mostly out on their own by the time I was old enough to notice, and I lived alone for most of the 13 years between when I left home and when I got married. So all of this Living with Other People business isn’t a bad thing in itself, but it’s something I don’t have a lot of practice at. My sister said over email that this was a situation best managed by engaging in plenty of long walks and heavy drinking, which I think she meant as a joke, except that unbeknownst to her it’s been pretty much my MO for the past several weeks.

Don’t worry, I do smack myself every time I get too whiny about having a free place to stay in a gorgeous European city. I steadily lose little slices of my sanity over the weeks we’re here, but they grow back. It’s more than worth it, and for as much as I dream of getting back and lounging around in my big quiet peaceful house, by the time we get back, it seems awfully dull and empty without the sports news on at full volume and my father-in-law snoring in his armchair and my sister-in-law gleefully repeating everything she just read on Twitter.

Besides, here are things we have seen and done over the past couple of months, the things I will miss the most when I’m back to my quiet lonely peaceful house: striking landscapes, very very old churches, tasty food, and curious creatures of all sorts. 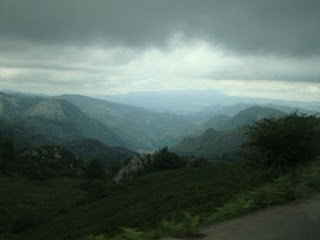 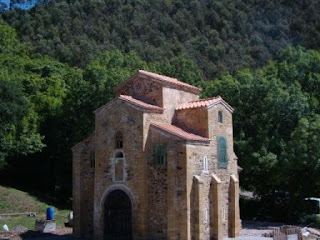 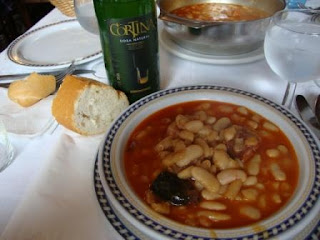 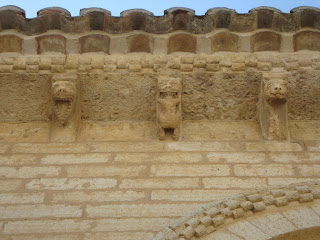 Posted by Pilgrim/Heretic at 7:42 AM No comments:

Random bullets of Hey, I'm back!

Posted by Pilgrim/Heretic at 4:18 AM No comments: